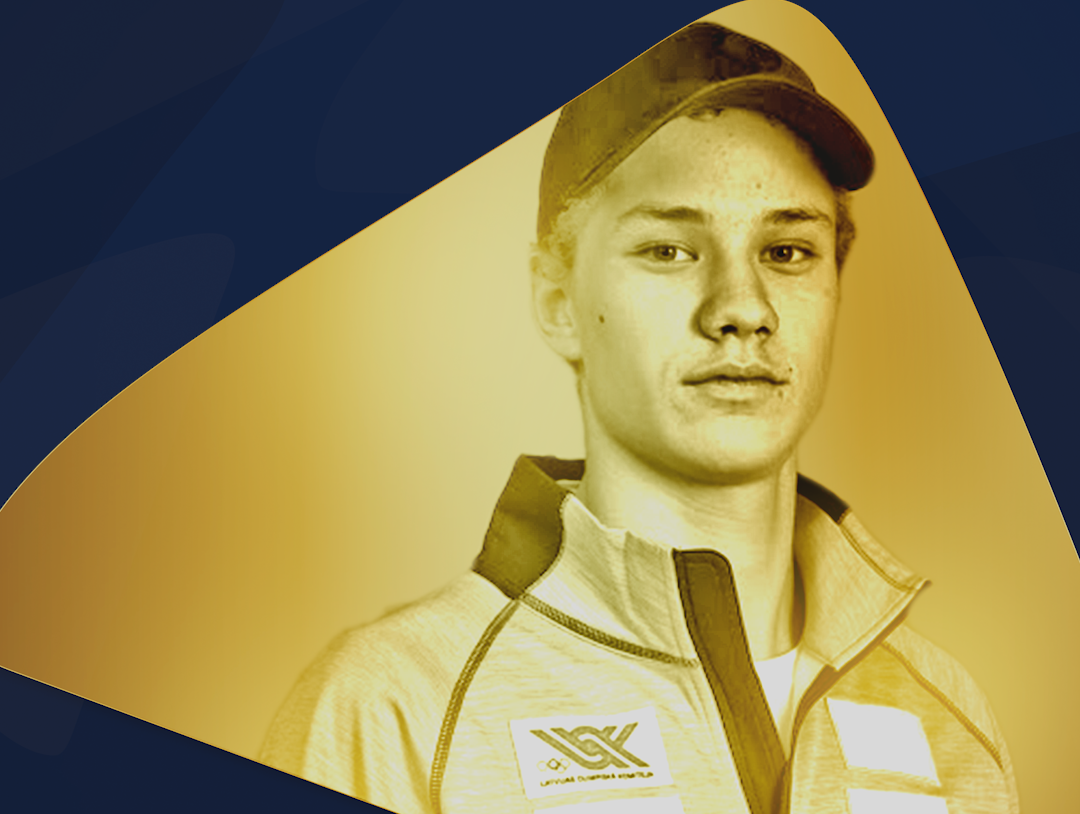 Born in Sigulda (LAT) in 2002, it is not surprising that Gints Berzins got his first taste of luge when he was only 6 years old: the only luge track in Latvia is located in his hometown.

At the time, the sled was too heavy and big for him so he focused on badminton. Six years later, after watching the Winter Olympic Games Sochi 2014, he decided to give luge a second chance.

“I was so inspired by the Latvian luge athletes’ achievements at Sochi 2014 and the sport itself. It’s fast-paced, breathtaking, unpredictable, extreme,” says Gints.

From that second introduction to the luge track, Gints never looked back and his career took off within weeks.

“As surreal as it sounds, only a few weeks later I was doing my first races.”

The 2020 Winter Piotr Nurowski “Best European Young Athlete” Prize nomination comes at the culmination of a fantastic season in which the five-time Latvian Luge Cup Winner won a gold medal in the individual, and a silver medal in the team-relay competition at the Winter Youth Olympic Games Lausanne 2020.

“It would be an honour to win the ‘Best European Young Athlete’ title. Not only for what I have already achieved, but also for what I will achieve in the future. Winning this prize will also help me inspire other young athletes to become more focused and choose sport as their lifestyle.”

Find out more about Gints by watching this video!