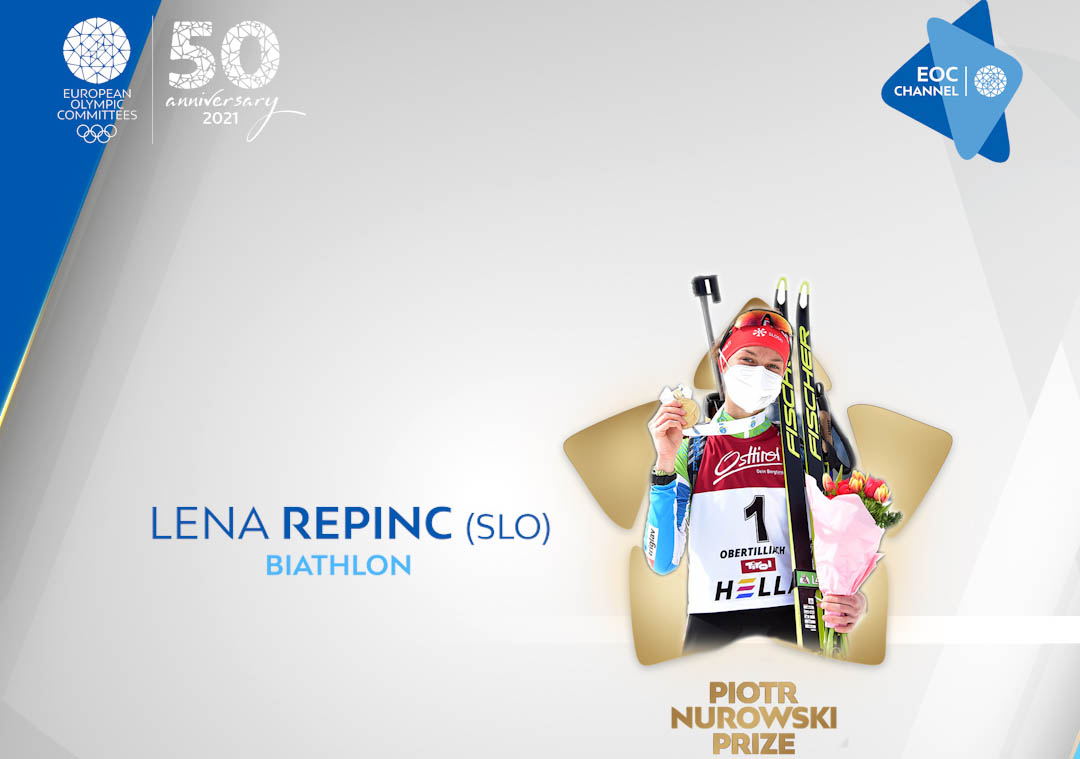 Born in Jesenice, Slovenia in 2003, Lena started biathlon at the age of 11. At the same time, she also practised cross-country skiing.

A very motivated sports enthusiast, she quickly became one of the best young athletes in Slovenia and, over the last two years, has taken her performances to another level. This year, the 18-year-old became the most successful athlete at the IBU Youth/Junior World Championships by winning four medals, before going on to compete at the senior Biathlon World Championships in Pokljuka, Slovenia.

“If I should win the #PNP prize I can show many other athletes that to get at the point they want to be they just need to keep working and be patient,” Lena said when asked why she should win this prize. “Eventually they will achieve their goal!”

Distinguished by a sincere spirit of fair play, she also excels at school with very high grades.

The Olympic Committee of Slovenia Association of Sports Federations describes Lena as “an athlete with very bright future.”

“Biathlon is a sport where patience, perseverance, talent and desire for hard work is needed. All qualities Lena has,” the NOC says.

“We think that Lena Repinc is a young athlete who fully deserves the PNP award, and we are confident that this will be confirmed by her future results.”