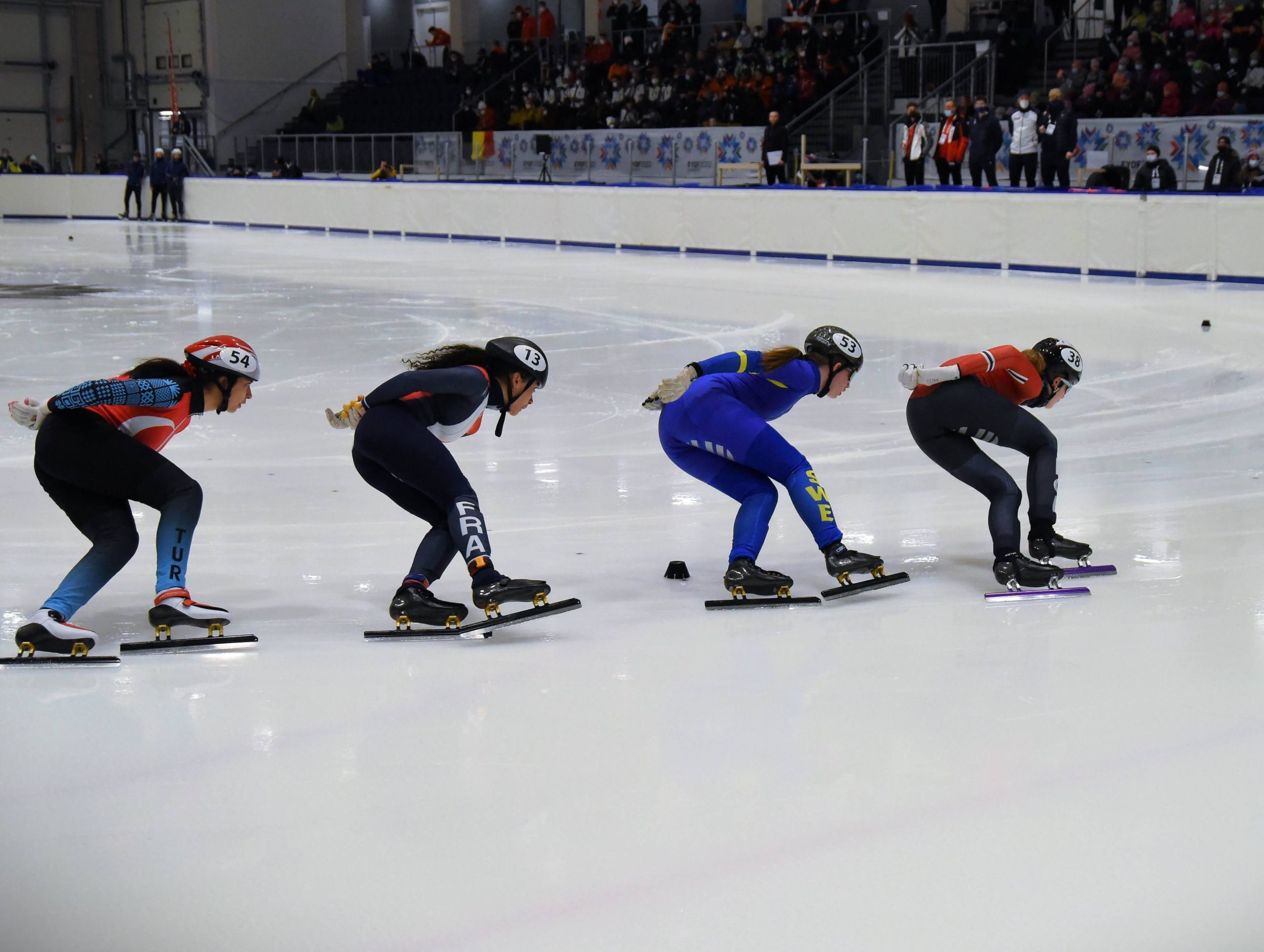 The first gold medal of the EYOF was won by girl’s short track skating star Zoe Deltrap from the Netherlands, who claimed victory in the 1,500m event. A dominant performance in the final at the Vuokatti Areena saw Deltrap post a time of 2:27.996, almost a second ahead of her nearest rival.

Second place went to Maja Dora Somodi from Hungary, whose time in the final was 2:28.882, whilst France’s Eva Grenouilloux finished third with a time of 2:28.948. EOC President Spyros Capralos presented the young athletes with their medals and congratulated them on their outstanding performances, which have set the standard for an unforgettable week of winter sport.

In the boy’s event, Italy took home gold and silver in an exhilarating race. Alessandro Loreggia narrowly edged out compatriot Lorenzo Previtali to win gold, whilst France won their second bronze of the day through Tawan Thomas.

The other medal events of the opening day were in cross country skiing, with the girl’s 7.5km and the boy’s 10km. Three of the six medals in the two events were taken by Sweden, who won gold (Lisa Eriksson) and silver (Tove Ericsson) in the girl’s competition, and bronze (Elias Danielsson) in the boy’s event.

Danielsson finished behind silver medallist Niclas Steiger from Switzerland, and Finland’s Niko Anttola, who delighted the home crowd with his impressive performance. Nadine Laurent secured bronze in the girl’s competition to round off the girl’s 7.5km podium.

Day 2 will feature more action from short track skating, as well as alpine skiing, snowboard big air, biathlon, and girl’s ice hockey, as Europe’s young athletes look to make their mark on the event. Competitions will be streamed lived throughout the day on the EOC channel.