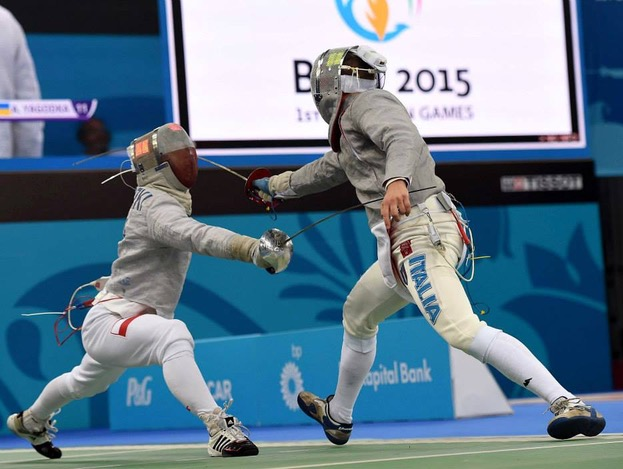 The European Olympic Committees (EOC) is delighted to announce the return of fencing to the sports programme of the European Games Krakow-Malopolska in 2023.

An agreement between the EOC and the European Fencing Confederation (EFC) has been signed and will see Europe’s best fencers competing for European Games gold as well as ranking points for the Olympic Games Paris 2024. The event will serve as the sport’s European Championships in 2023.

“I believe that the agreement signed has many positive aspects,” said EFC President Stanislav Pozdnyakov, who is also President of the Russian Olympic Committee. “It is an important step to strengthen the position of fencing in the Olympic programme and to secure the opportunity to take part in Olympic competitions for all the national federations of Europe.

“I am confident that a significant impetus is given to the promotion and development of fencing in Europe and Poland in particular. It is also an excellent opportunity to further elaborate and discuss with our stakeholders possible approaches to the Olympic qualification system – to explore the prospects for a larger number of European national federations’ participation.

“Considering the above, I highly appreciate the valuable cooperation with our partners and friends in the European Olympic Committees and in Poland.”

Fencing was part of the first edition of the European Games in Baku in 2015, where athletes competed in 12 events (six individual, six team).

In Krakow-Malopolska, the number of athletes and events will follow the EFC’s rules for its European Championships. At the last European Fencing Championships in Düsseldorf, Germany in 2019, some 450 athletes from 49 European countries competed in the three Olympic disciplines of foil, épée and sabre.

“Fencing has appeared at every edition of the modern Olympic Games since Athens 1896 and is therefore an indispensable part of the Olympic Movement,” said EOC President Spyros Capralos. “We couldn’t be happier to welcome them back to the European Games in 2023, where Poland has a long and storied tradition in the sport, having sent fencers to the Olympic Games since 1924. Krakow-Malopolska 2023 will be the perfect Olympic test for Europe’s best fencers just a year out from Paris 2024.”

The European Games are the continent’s premier multisport event for elite athletes and are held every four years. Krakow-Malopolska will be the third edition, following the inaugural edition in Baku, Azerbaijan in 2015 and the second edition in Minsk, Belarus in 2019.