PREVENTION OF THE COMPETITION MANIPULATION

EARN THE RULES, KNOW YOUR RIGHTS AND OBLIGATIONS AND REPORT! 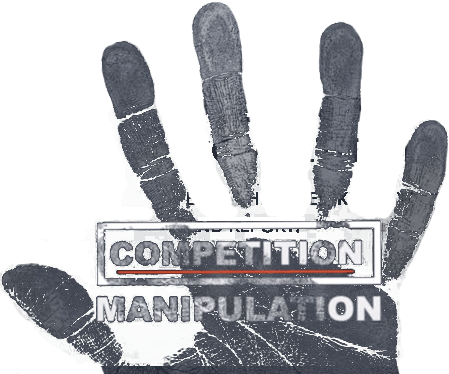 PREVENTION OF THE MANIPULATION OF COMPETITIONS

What is Competition Manipulation in Sport?

Competition manipulation occurs when a sportsperson or official cheats to remove the unpredictability of a competition. Sportspersons may cheat to lose a competition or part of it, which is entirely against the Olympic spirit. The reason behind such an action would be either to gain a sporting advantage (e.g. face an easier opponent in the 2nd round of a tournament) or to gain a financial benefit, notably linked with sports betting.

What is competition manipulation? 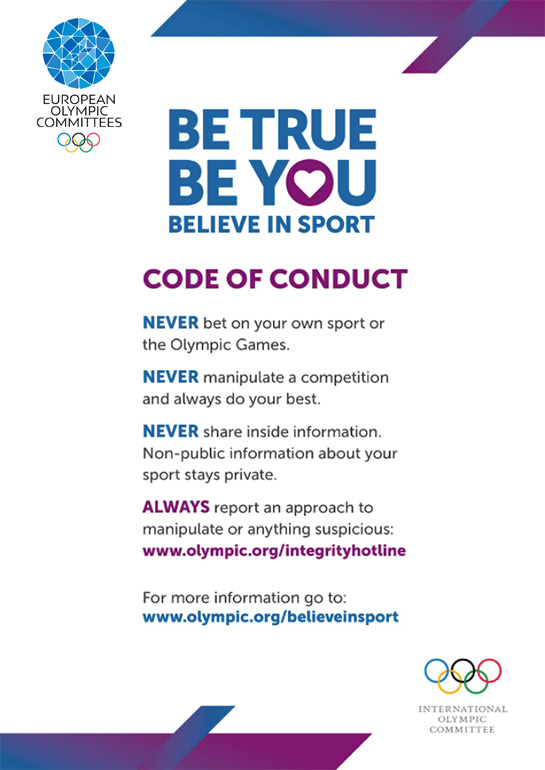 The Believe in Sport Campaign provides a wide range to tools, including audio-visual materials and e-learning for the Olympic Movement stakeholders to raise awareness about the threats of competition manipulation. For more information: Believe in Sport Toolbox.

What are the Rules and Violations?

If such a breach is identified during an EOC competition, there will be disciplinary proceedings which could lead to disciplinary sanctions for the sportspersons involved.

Relevant breaches of the Rules not only undermine the credibility of your sport, but also the credibility of the overall sports movement and all athletes. It is therefore not only a responsibility, but also a moral duty of all of us to report anything that comes to our attention and looks suspicious. It is our right and responsibility to contribute to protecting the moral integrity of our fellow athletes and our sport, by reporting in a safe way, any potential breach that comes to our attention.

The IOC Integrity Hotline is accessible for anyone at any time to confidentially report any suspicious actions that have come to your attention: www.olympic.org/integrityhotline

Role of NOCs in the prevention of the manipulation of competitions

The Olympic Movement Unit of the Manipulation of Sport Competitions works closely with NOCs towards the prevention of the manipulation of competitions and is in the process of developing a network of Single Points of Contacts (SPOCs): the appointment of a SPOC in each NOC who will be in charge of the development of relevant activities.

The role of NOCs in the field include:

NOCs that have questions about their activation can contact the OM Unit PMC directly at omunitpmc@olympic.org