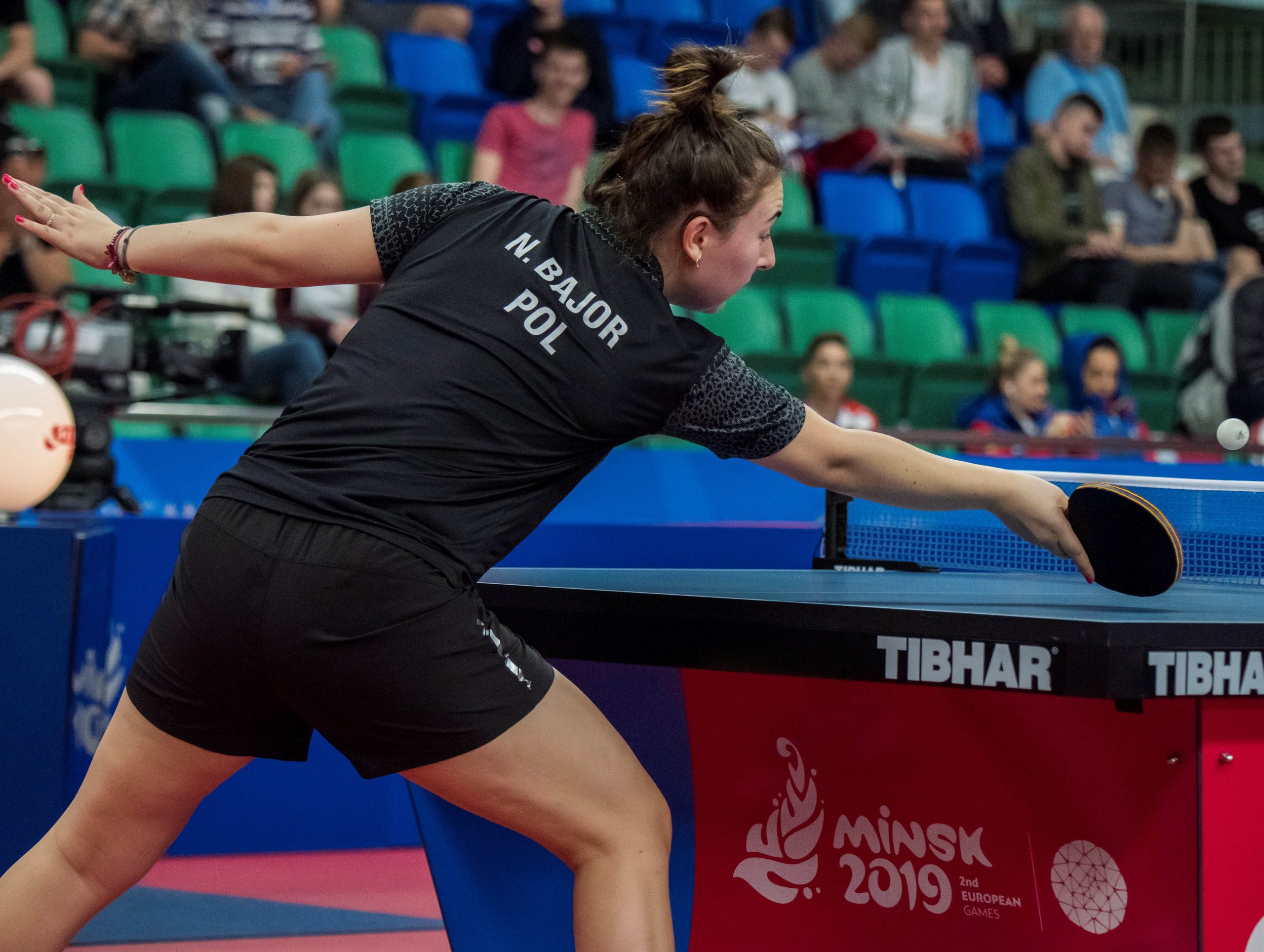 The 23-year-old claimed her third straight national singles title last year (along with her second-straight doubles title) and is currently preparing for her first appearance at an Olympic Games this summer at Tokyo 2020.

Looking a little further ahead, the team bronze medallist at the European Games Minsk 2019 also hopes to represent her country at the 3rd edition of the European Games, scheduled to take place in Krakow-Malopolska in her native Poland in 2023.

Bajor was unable to practice for two months last year due to the first pandemic lockdown, but she says she has kept in fighting shape and is looking forward to her first Olympic Games, where the only goal she has set for herself is to play to the best of her abilities.

“I am excited about competing at Tokyo and I hope everything will go as planned. My goal is to play the best I can,” explains Bajor. “I have been to Japan twice and really enjoyed the culture and the people. I had a great time not only as a player but also as a traveller.”

Bajor has been consumed with her sport since first trying it at the age of 5. She moved to Wrocław at age 10 to join a prestigious table tennis academy, and by 15 she was already competing for the Polish national team.

In the last few years, Bajor has compiled an impressive number of medals in both singles and team competitions. Interestingly, her teammates on the national team are very often her opponents when playing singles, in particular at the Polish National Championships, where she twice had to overcome teammate Natalia Partyka in the finals.

Bajor and Partyka, who won the Polish doubles title together in 2019, will likely team up again in Tokyo, alongside Polish powerhouses Li Qian and Katarzyna Grzybowska-Franc.

When asked if the transition from teammate to opponent and back again can lead to some awkward dynamics between the players, Bajor takes a pragmatic view. “We are really good friends but it’s obvious that somebody has to win. When we play as a team we want to succeed together and we always support one another.”

With the higher-ranked Qian and Partyka likely to take the singles spots allocated to Poland in Tokyo, Bajor is expected to compete in the team event with her bronze-medal winning compatriots from Minsk 2019. “I really hope to play with the girls again,” she says, adding that they all bring different skills to the table. “They are older and more experienced than I am. It’s not going to be the first Olympics for them, as it is for me.”

The Polish squad, like so many other national teams around the world, will face the unenviable task of eventually squaring off against Team China in Tokyo. China has been an absolute juggernaut since table tennis was included on the Olympic sports programme for Seoul 1988, winning 28 of the 32 gold medals available at the Olympic Games since.

But Poland will be confident heading to Tokyo. Having teamed up to win bronze at the 2nd European Games, Bajor, Qian and Partyka know each other’s games inside and out. Their experience at Minsk 2019 also gave Bajor a sample of what life at the Olympic Games will be like.

“[The European Games] were a new experience for me,” she says. “I am very happy that we got bronze in Minsk because it was the first time that I was able to play all the matches. It turned out to be a big exam for my team before Tokyo.”

With table tennis also expected to be included on the sport programme for the 3rd edition of the European Games in 2023, Bajor now has another goal set for after Tokyo, one that she hopes will be a stepping stone towards her second appearance at the Olympic Games, at Paris 2024.

“It made me really happy when I heard that the 2023 European Games will take a place in my homeland,” she says. “I will do everything I can to take part in the Games. It is really important to Poland to be hosting the continental Games, because it’s going to be the first time to host such an event.”

In the meantime, all of Poland will be rooting for Bajor and her teammates to do their country proud in Tokyo this summer. We wish them the best of luck!