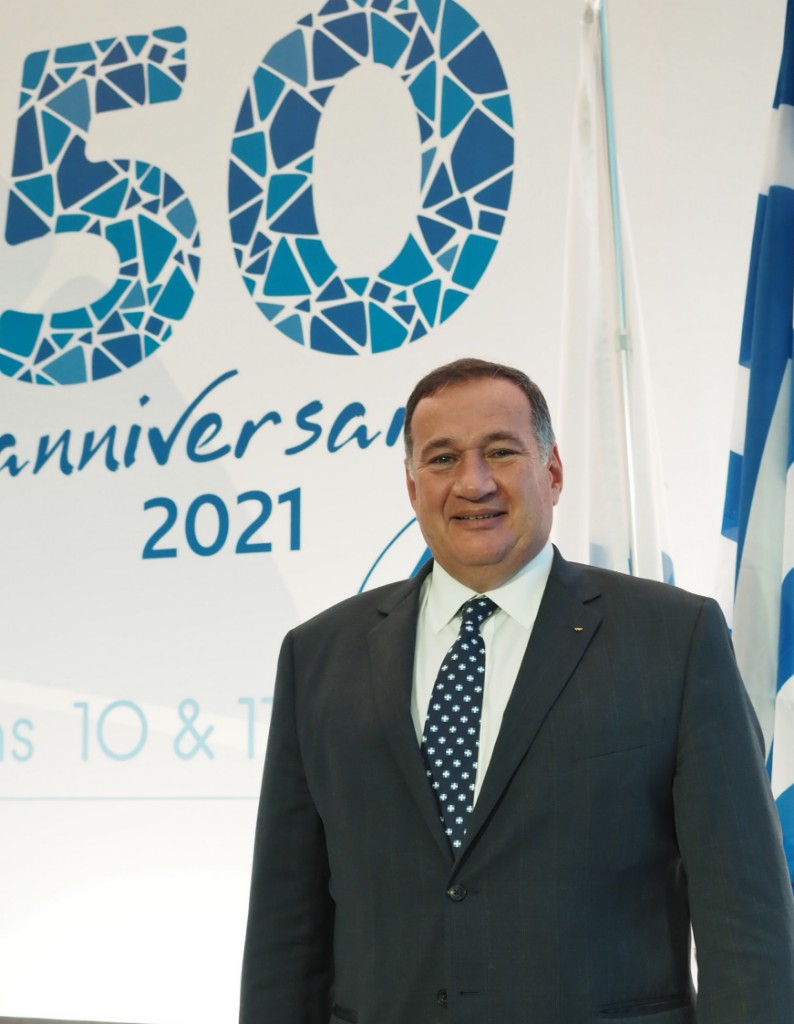 The two EOC Executive Committee Members were the only two candidates running for the top role in the European Olympic Movement, with an initial term of four years (2021-2025).

The election took place during the EOC’s 50th General Assembly in Athens, attended by representatives of all 50 European National Olympic Committees (ENOCs) — 46 in person and 4 virtually.

“I have been very proud to serve the EOC as a member of the Executive Committee. To now have the opportunity to lead the Executive Committee on behalf of you, the National Olympic Committees of Europe, is a very great privilege indeed. Your support means so much to me. I am very grateful,” Capralos said. “I will be engaged, open minded, transparent, and a President for all nations.”

Capralos announced his intention to run for EOC President during last year’s General Assembly, which was held online due to the pandemic. He replaces Janez Kocijančič, who passed away on 1 June 2020 at the age of 78.

Capralos, who became a Member of the International Olympic Committee (IOC) in 2019, vowed to work on behalf of all 50 ENOCs in strengthening Europe’s place in the Olympic Movement, both on and off the field of play.

“Together for the next four years, we will aim to do better and we will support our members, the National Olympic Committees, (especially the ones with the bigger needs) and the organizers of our events even more,” he said. “Through unity, trust and solidarity we can raise the EOC to the next level.”

The Coordination Commission Chair for the first two editions of the European Games (Baku 2015 and Minsk 2019), Capralos will play an integral role in the organisation of the third edition of the Games scheduled for Krakow-Malopolska in 2023, working closely with Coordination Commission Chair for the European Games 2023 Hasan Arat.

An Olympic water polo player who represented Greece at the Olympic Games Moscow 1980 and Los Angeles 1984, Capralos has been HOC President since 2009 and a Member of the EOC ExCo from November of the same year.

Elections for the 2021-2025 ExCo were also held today, with Vice President Daina Gudzineviciute (LTU), Secretary General Raffaele Pagnozzi (ITA) and Treasurer Peter Mennel (AUT) all getting the nod. Joining them as Members of the ExCo are:

Following a motion proposed by the Olympic Federation of Ireland (OFI) and approved by the EOC GA in November 2020, a minimum five of the 16 Executive Committee members must now be of each gender. For the first time in EOC history, seven women now sit on the Executive Committee, up from two during the previous 2017-2021 period.