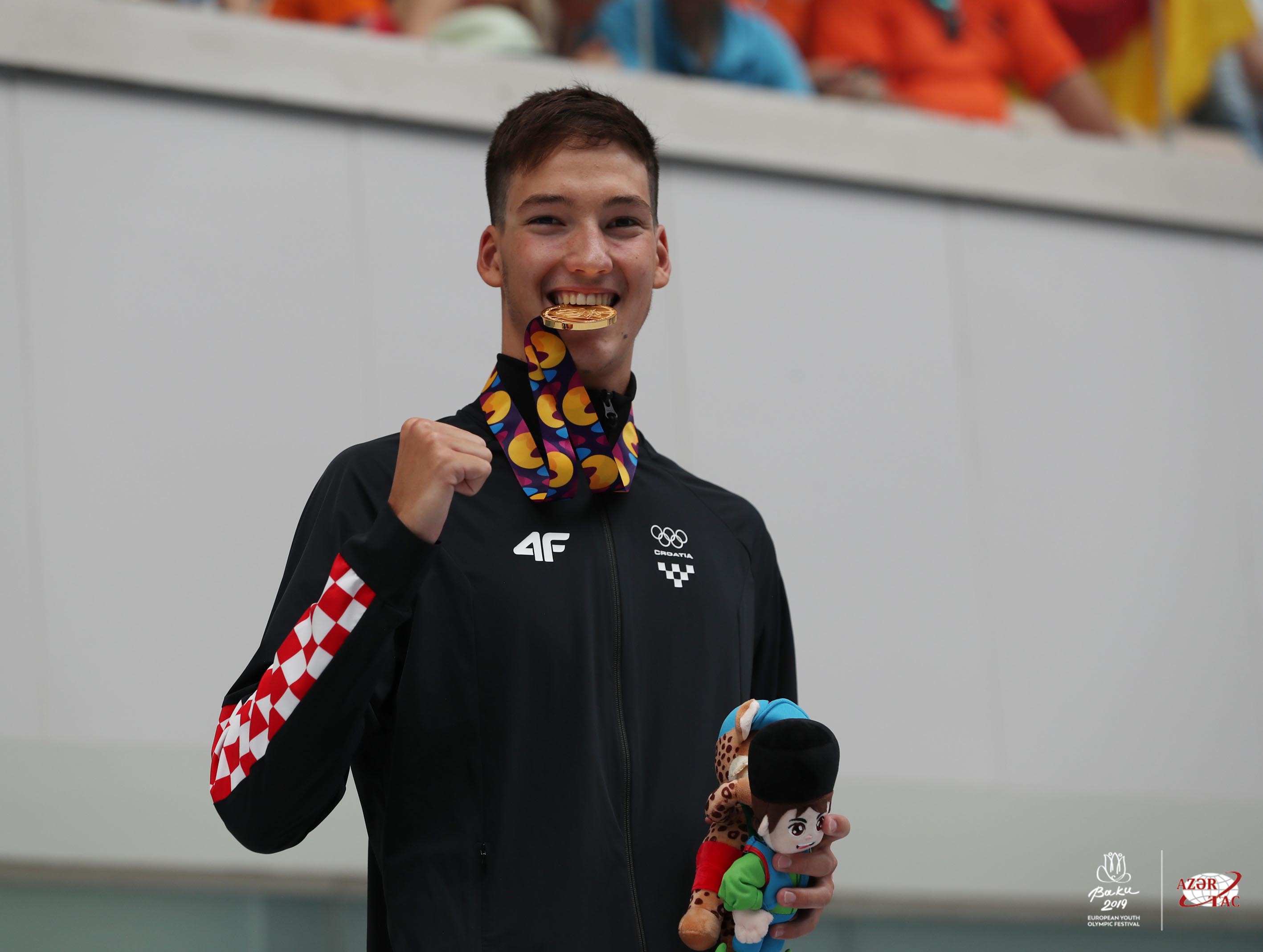 Franko Grgic is one of the five amazingly talented young athletes in the run for the 2019 Piotr Nurowski “Best European Young Athlete” Prize.

“I’d like to win this award for all the effort that I put in doing what I love. It would represent an encouragement for my future performances, motivation and everyday training,” he said.

This nomination comes as the culmination of fantastic season, where the 16-year old Croat clinched two gold medals respectively in 400m and 1,500m at the European Youth Olympic Festival Baku 2019 in July. And he left his fans little time to recover from the celebration.

“I practiced swimming at my own pace, regardless of the others, and that is how I started this race. I believe in myself, I am aware of my reach, but I think I can do a lot more than I have shown,” Franko said after the win in the Hungarian capital.

Grgić was named the 25th fastest performer of all-time, any age, in 800-meter freestyle and will be one of the younger athletes of Team Croatia at Tokyo 2020.

“My biggest motivation are my results. With every new result, record and medal I push my limits and train even harder. Every day, I am trying to be better than the day before,” he said.

“I am looking forward to my future career and hope that I will be the number-one swimmer in the whole world,” concluded.